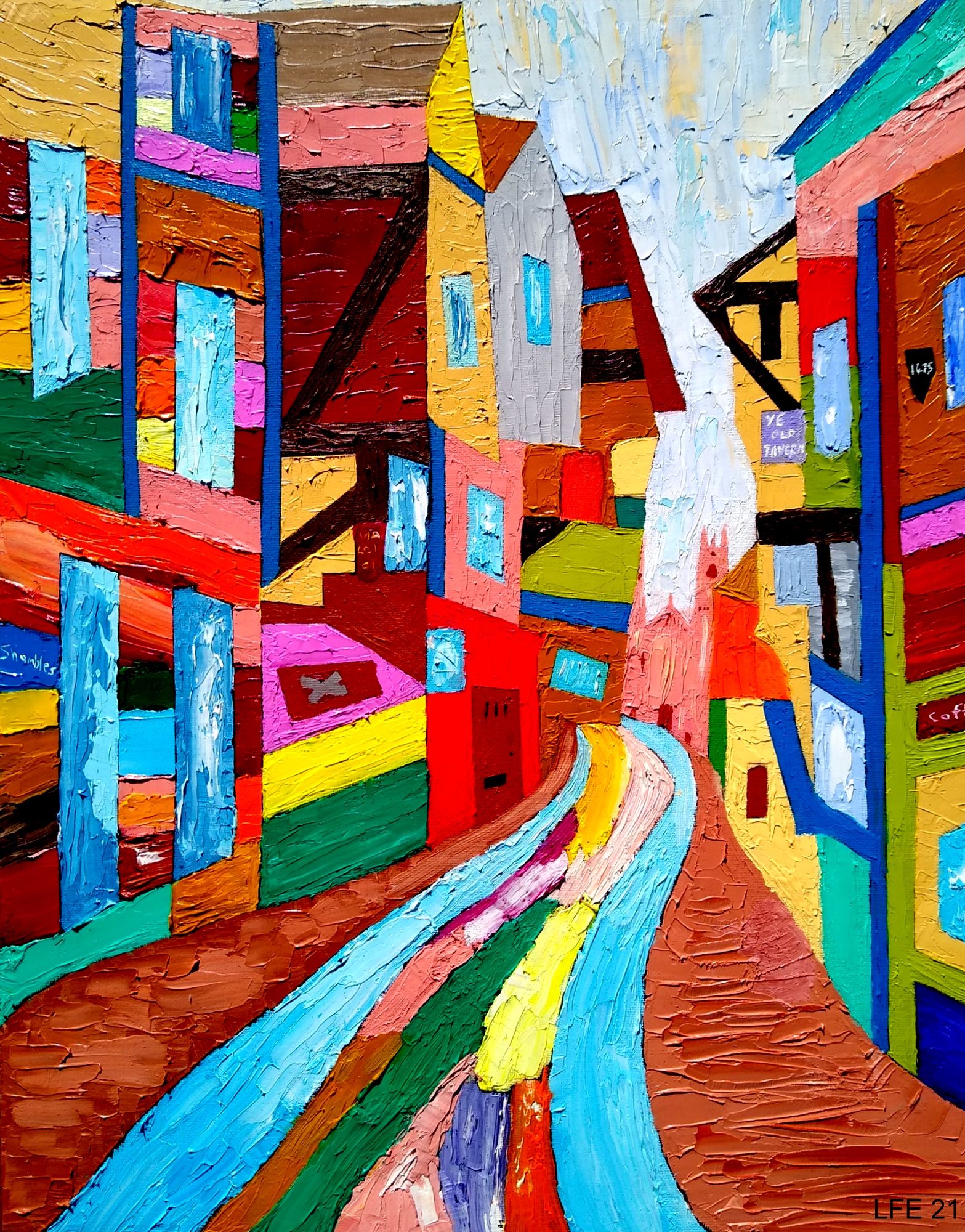 Oil on board of the iconic Shambles in York. The Shambles is an old street in York, England, with overhanging timber-framed buildings, some dating back as far as the fourteenth century. The name is thought to derive from ‘Shammel’, an anglo-saxon word for the shelves which were a prominent feature of the open shop-fronts. It was mentioned in the Doomsday Book of William the Conqueror in 1086.

There are numerous shops in the Shambles associated with the Harry Potter franchise.