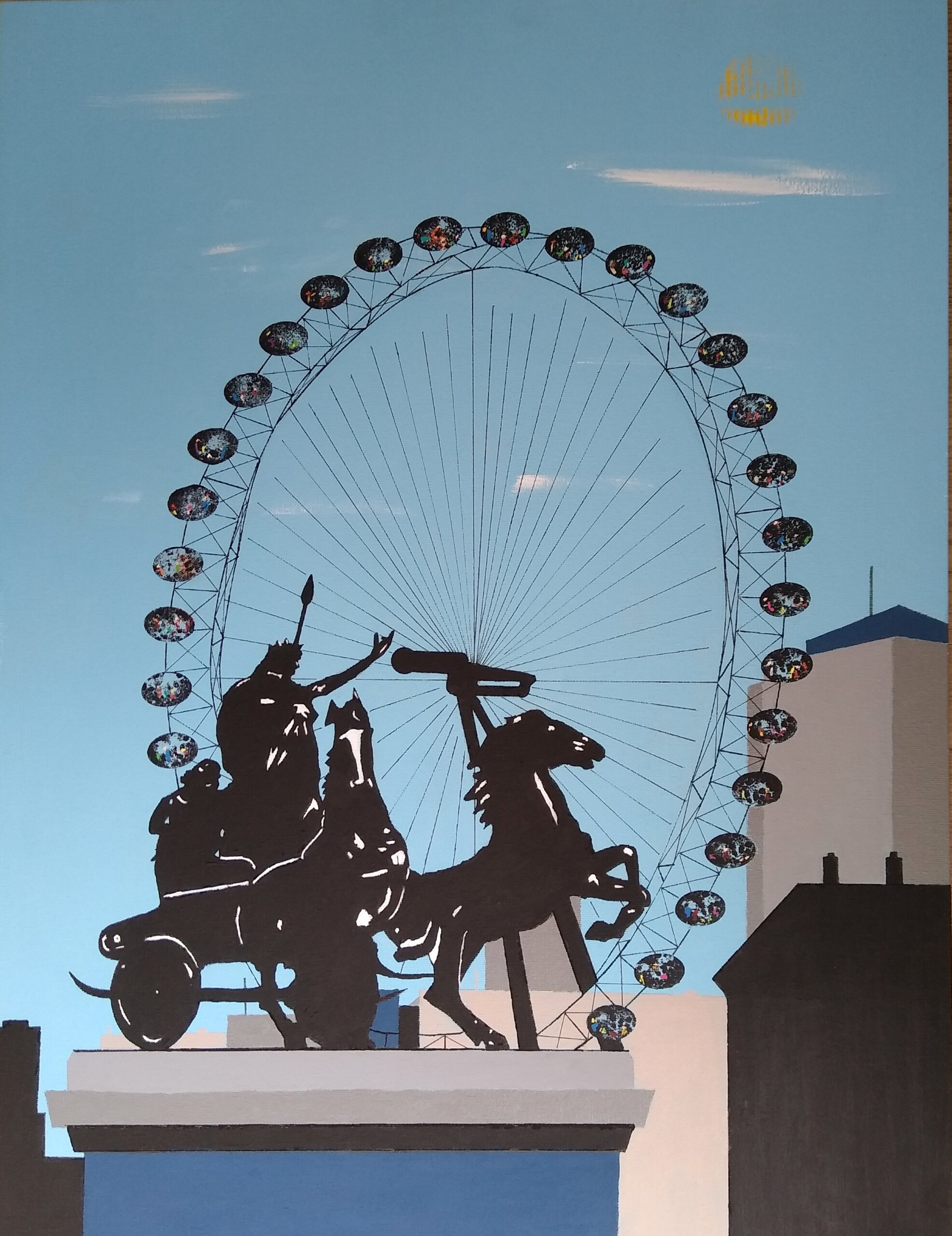 Stylised acrylic painting on board of the Boadicea statue with a backdrop of the London Eye. Boadicea was queen of the Celtic Iceni tribe who led an uprising in Roman Britain. 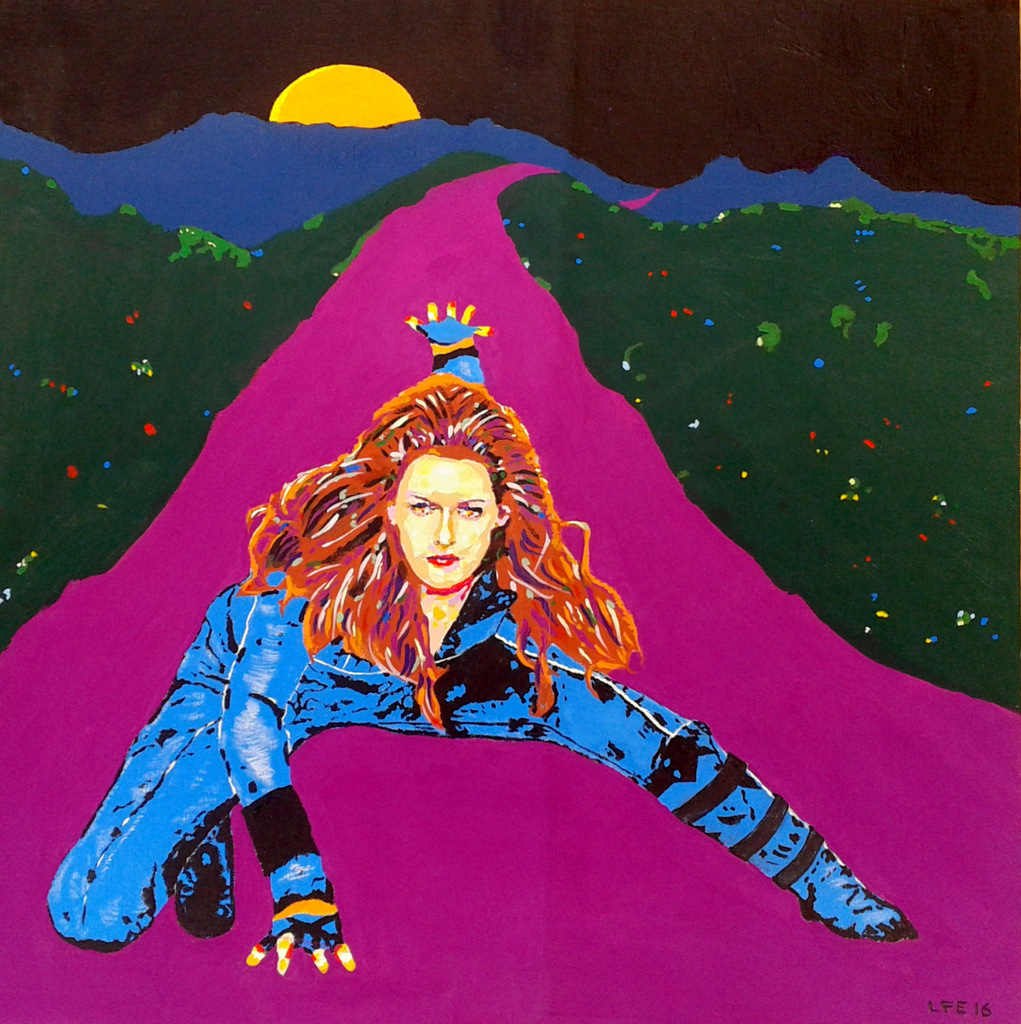 Painting of Isabella “Bella” Swan from the Twilight Saga, based on the four novels by American author Stephenie Meyer. The film stars Kristen Stewart. The Twilight Saga is a series of five vampire-themed romance fantasy… 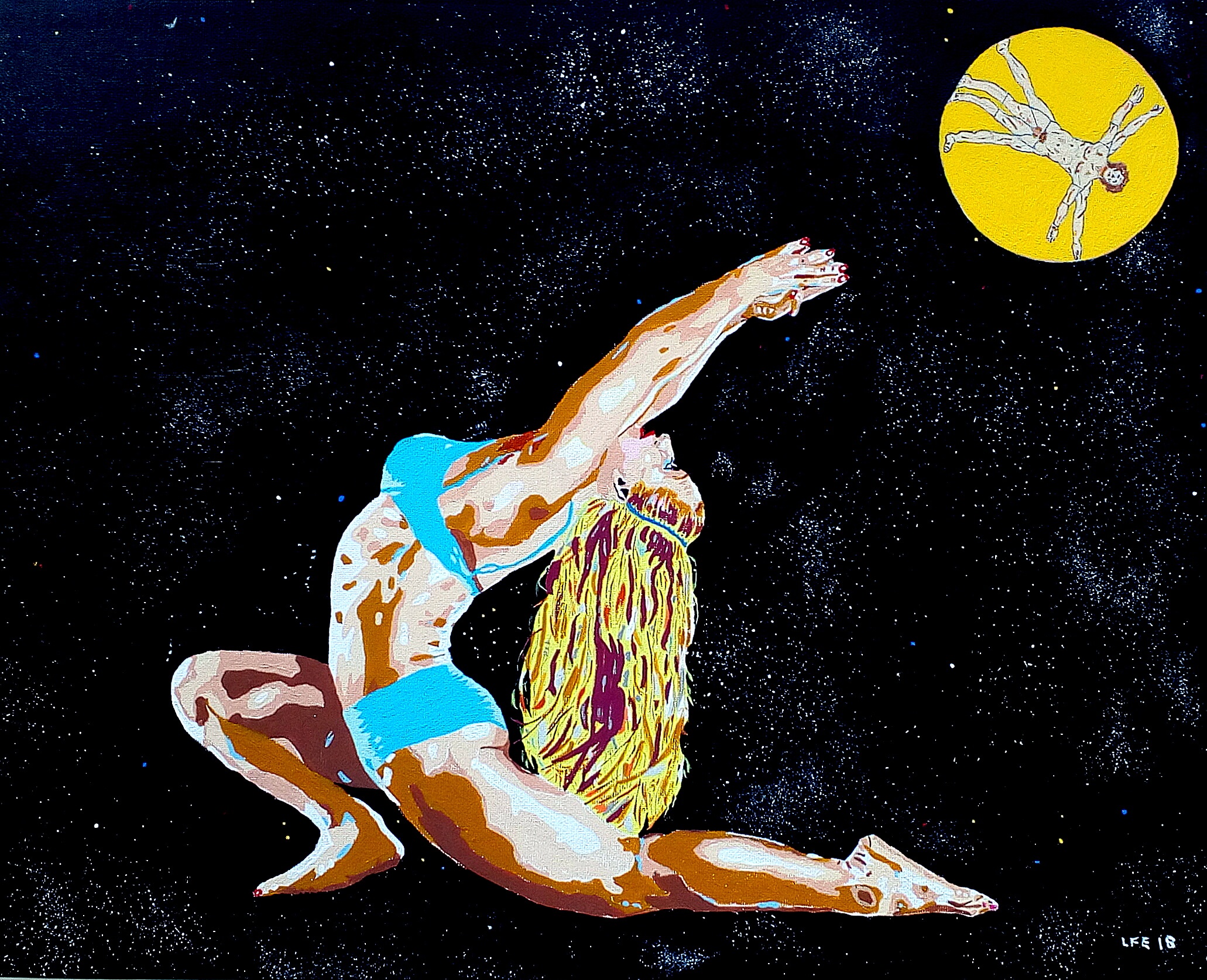 The Vitruvian Man was a drawing by Leonardo da Vinci in the fifteenth century representing the perfect proportions of a human being. I thought that it would interesting to turn this upside down and have… 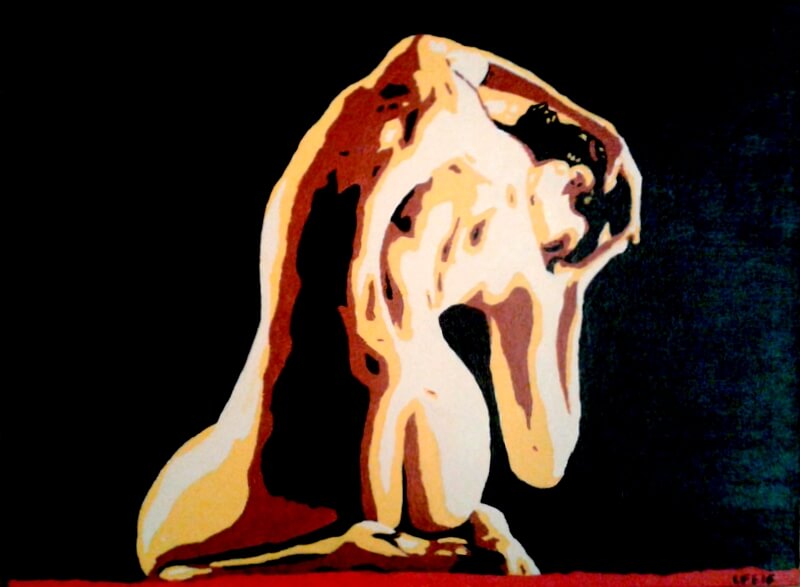 Study of the Female Form

My only nude painting to date. I thought that I would do a sensitive study of the female form which not only portrayed beauty but also strength, power and athleticism. 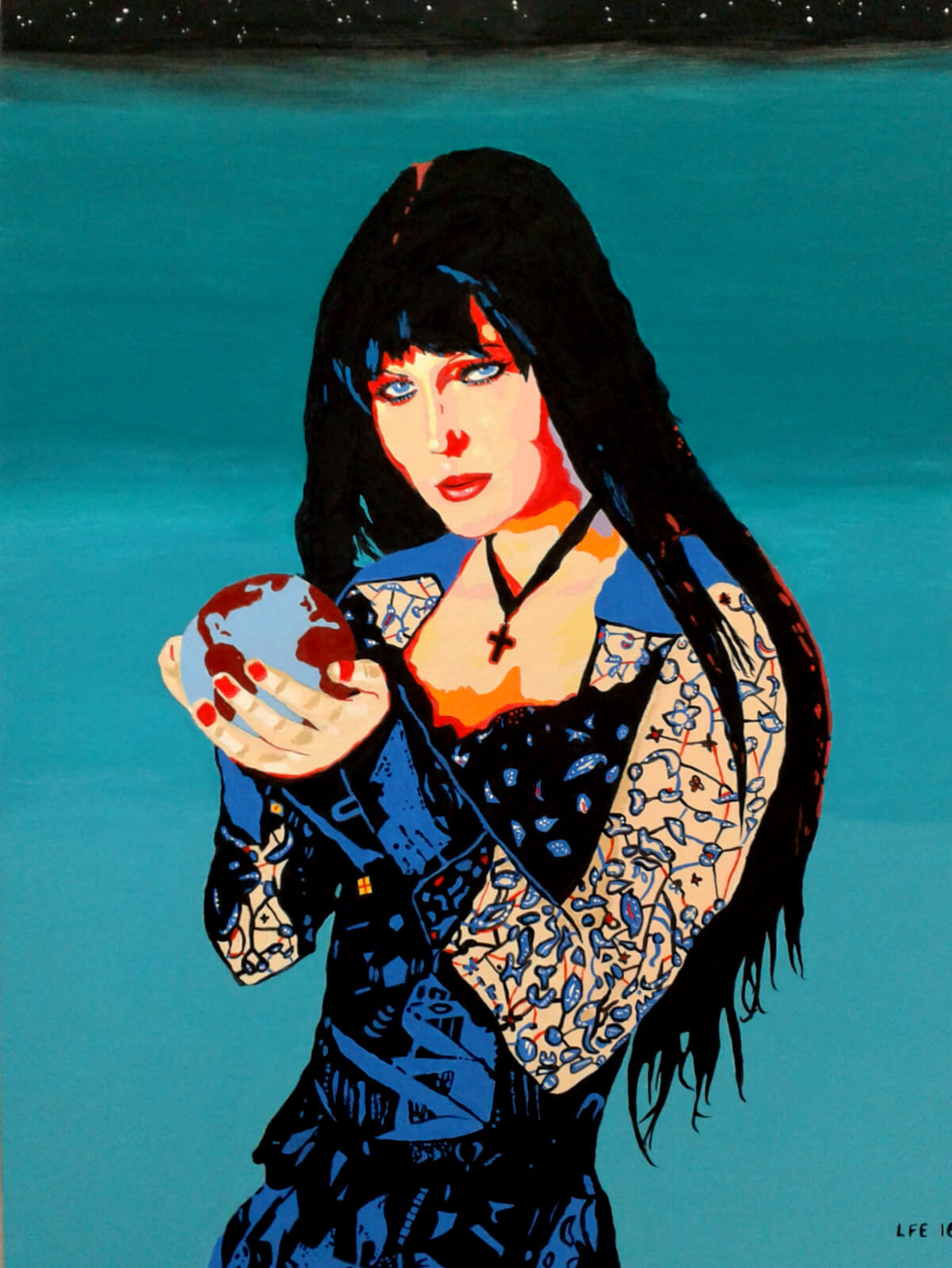 Gothic beauty holding the world in her palms. The lace sleeves were particularly challenging because of the need to achieve clean lines where the arms were visible. 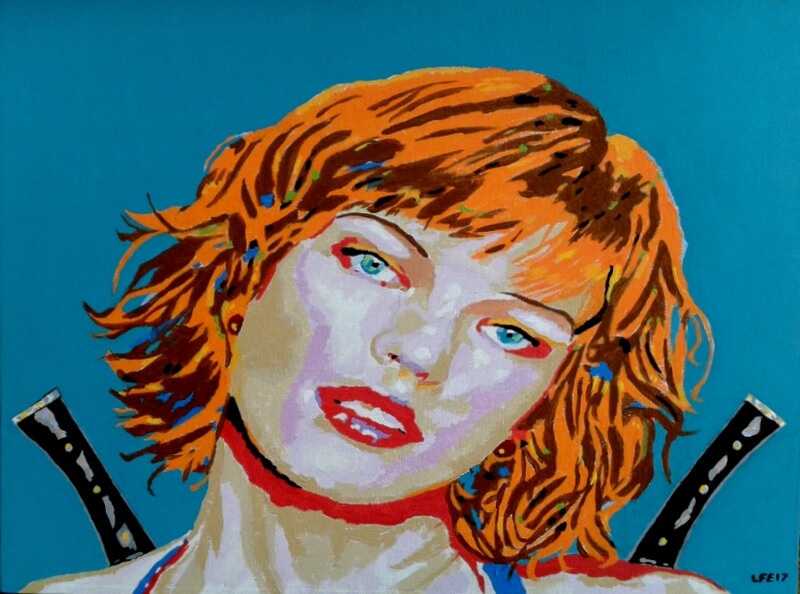 Project Alice is the main protagonist of the Resident Evil film series. My portrait captures the beauty and threat of this female action hero. 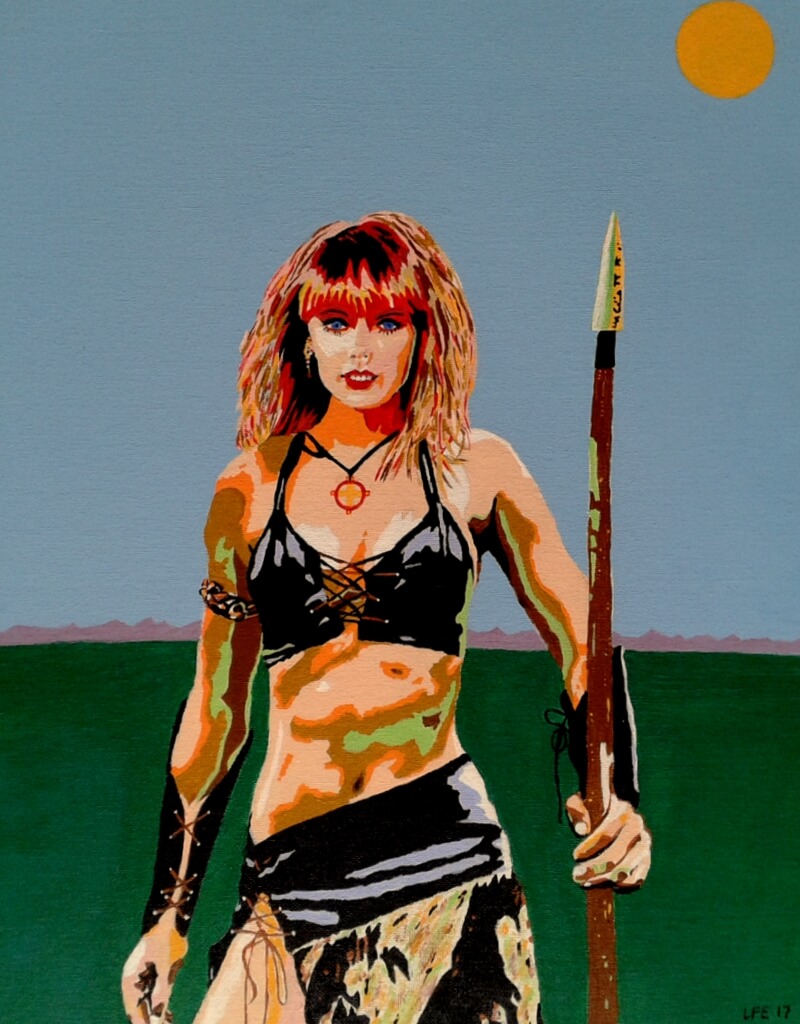 Ancient warrior with good body definition and the face of a popular female singer. 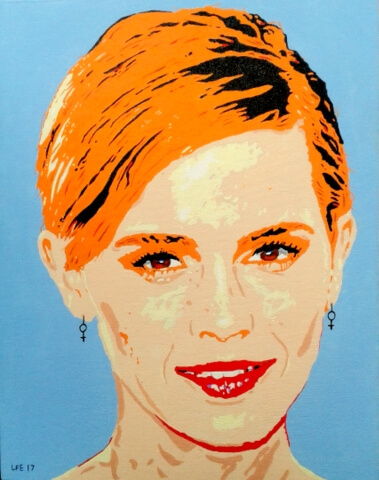 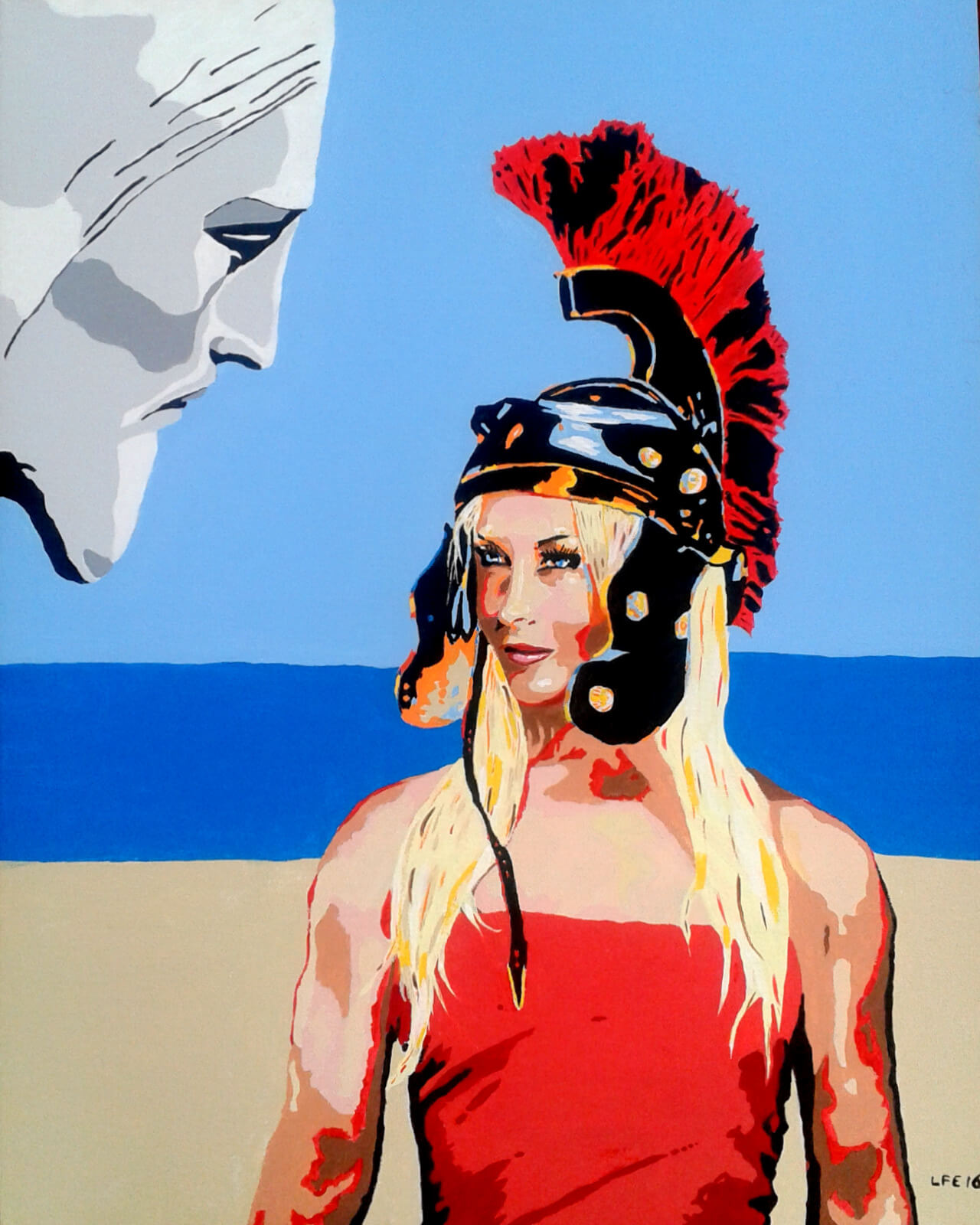 Celebration of the 2016 Rio de Janeiro Olympics in Brazil. Surrealistic female Greek warrior being watched by Christ the Redeemer. 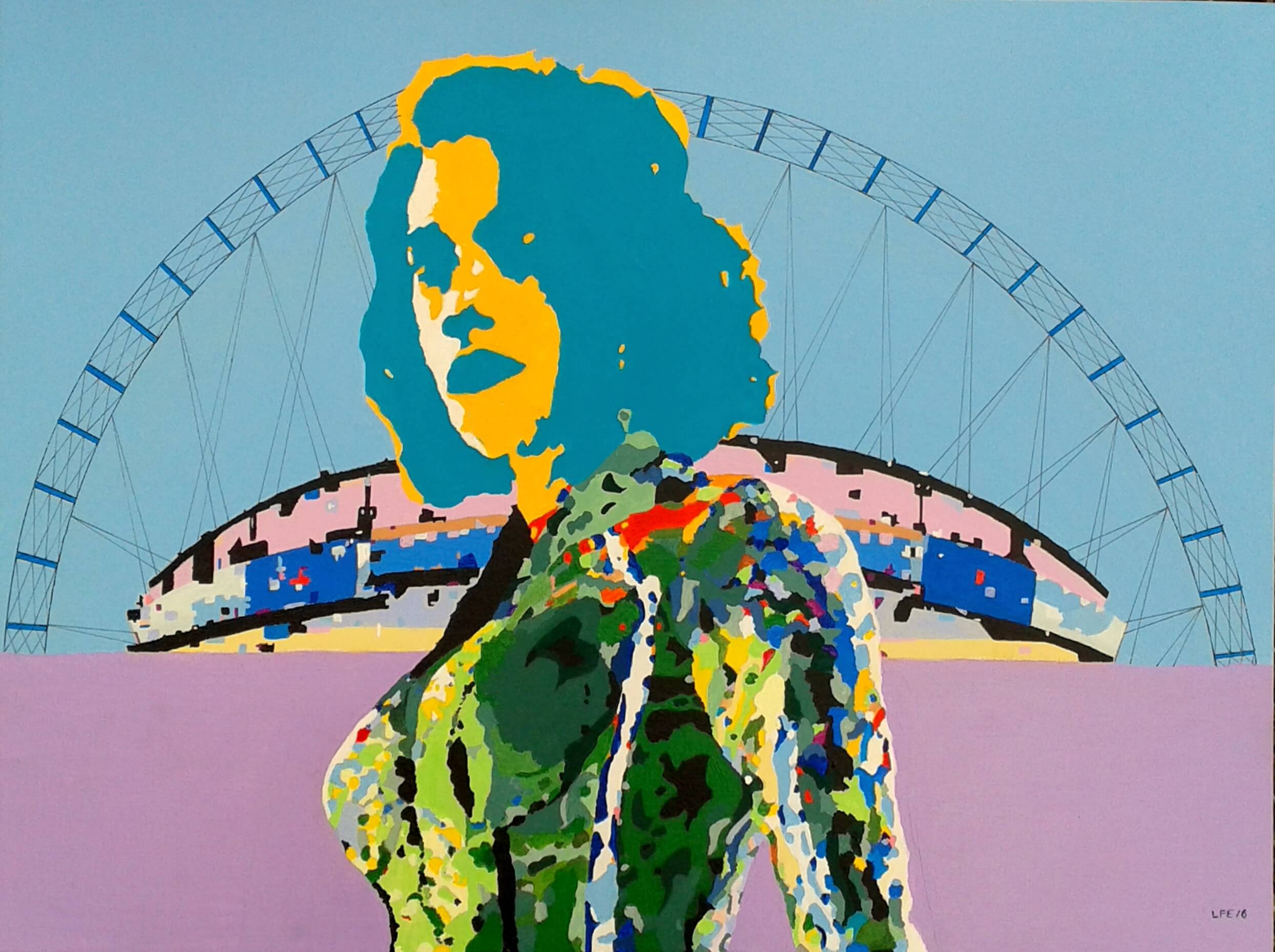 Celebration of the Women’s FA Cup Final at Wembley, England. Based around the Marvel Black Widow character as played by Scarlett Johansson. 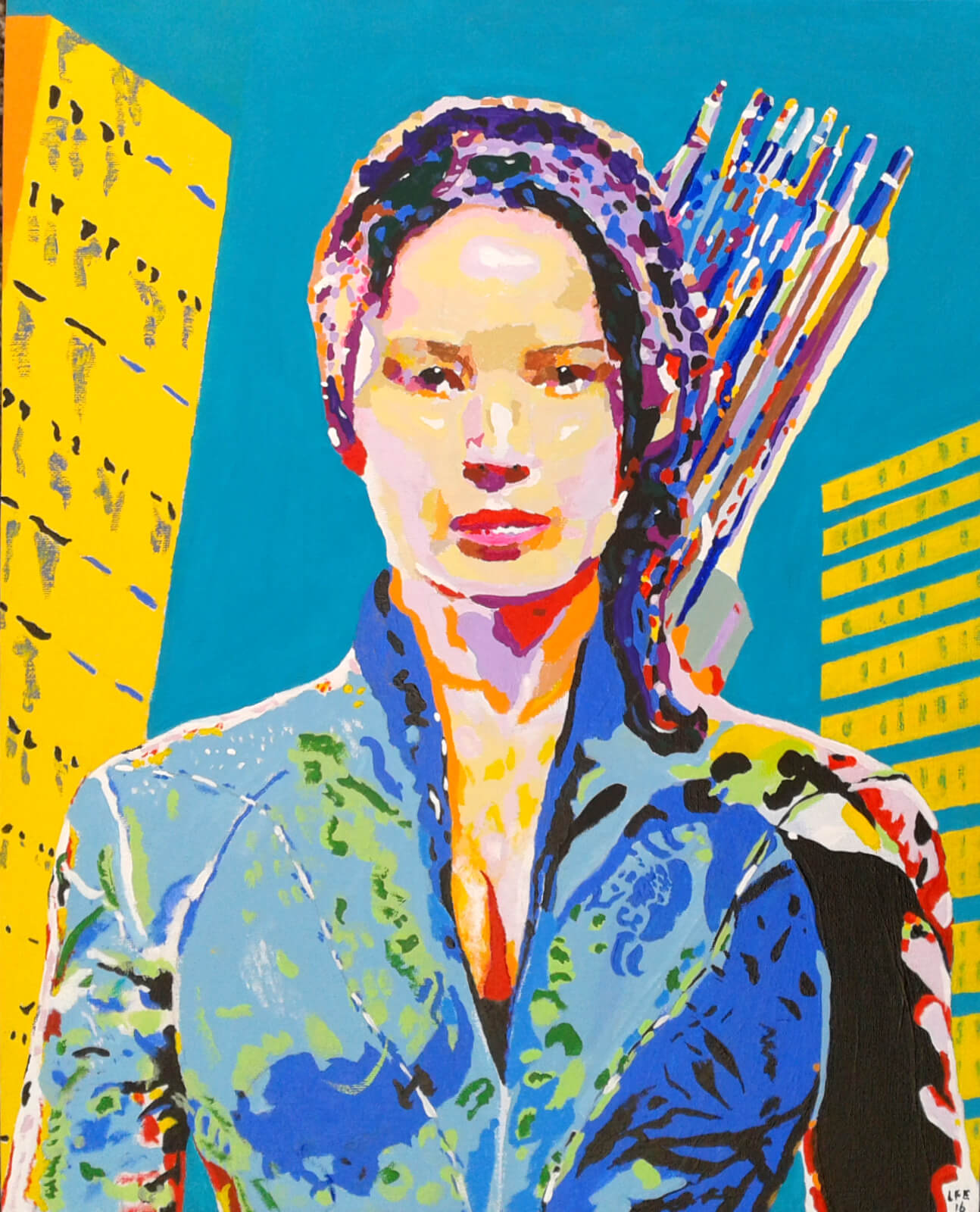 Jennifer Lawrence as Katniss Everdeen in Hunger Games. Acrylic on board. Technically quite a difficult painting, which took about 4 weeks to complete. Katniss never wore this costume in Hunger Games, I decided to use… 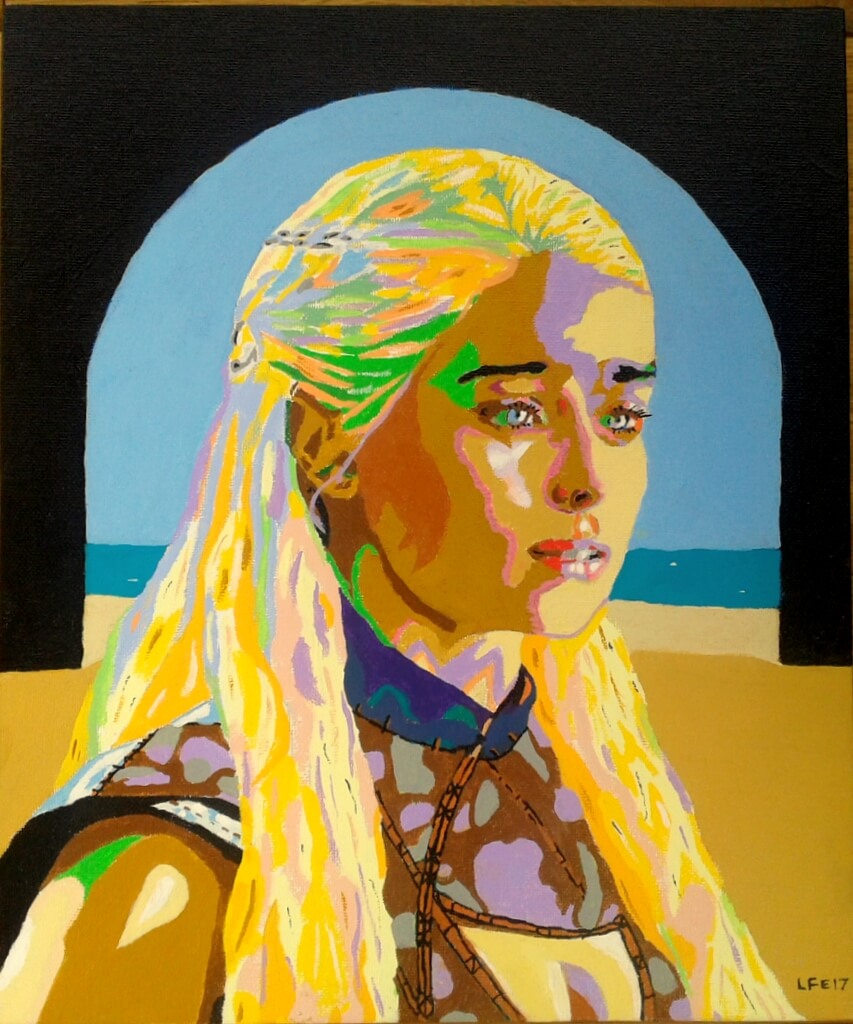