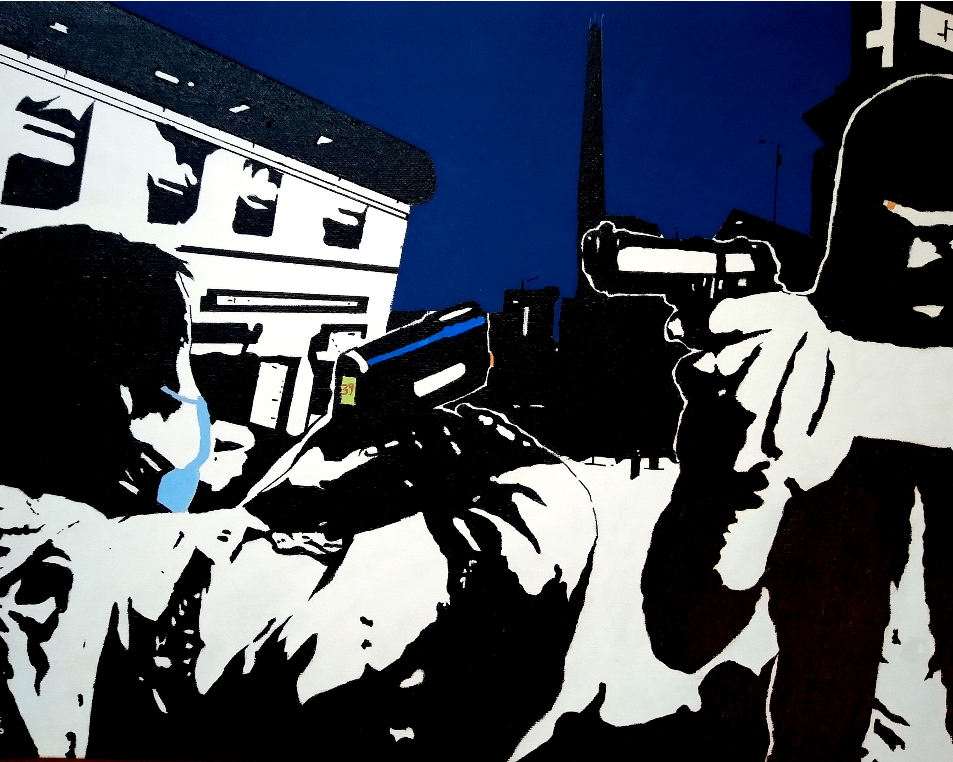 Health worker confronts assailant while trying to take his temperature, a satirical look at current world events during the pandemic. 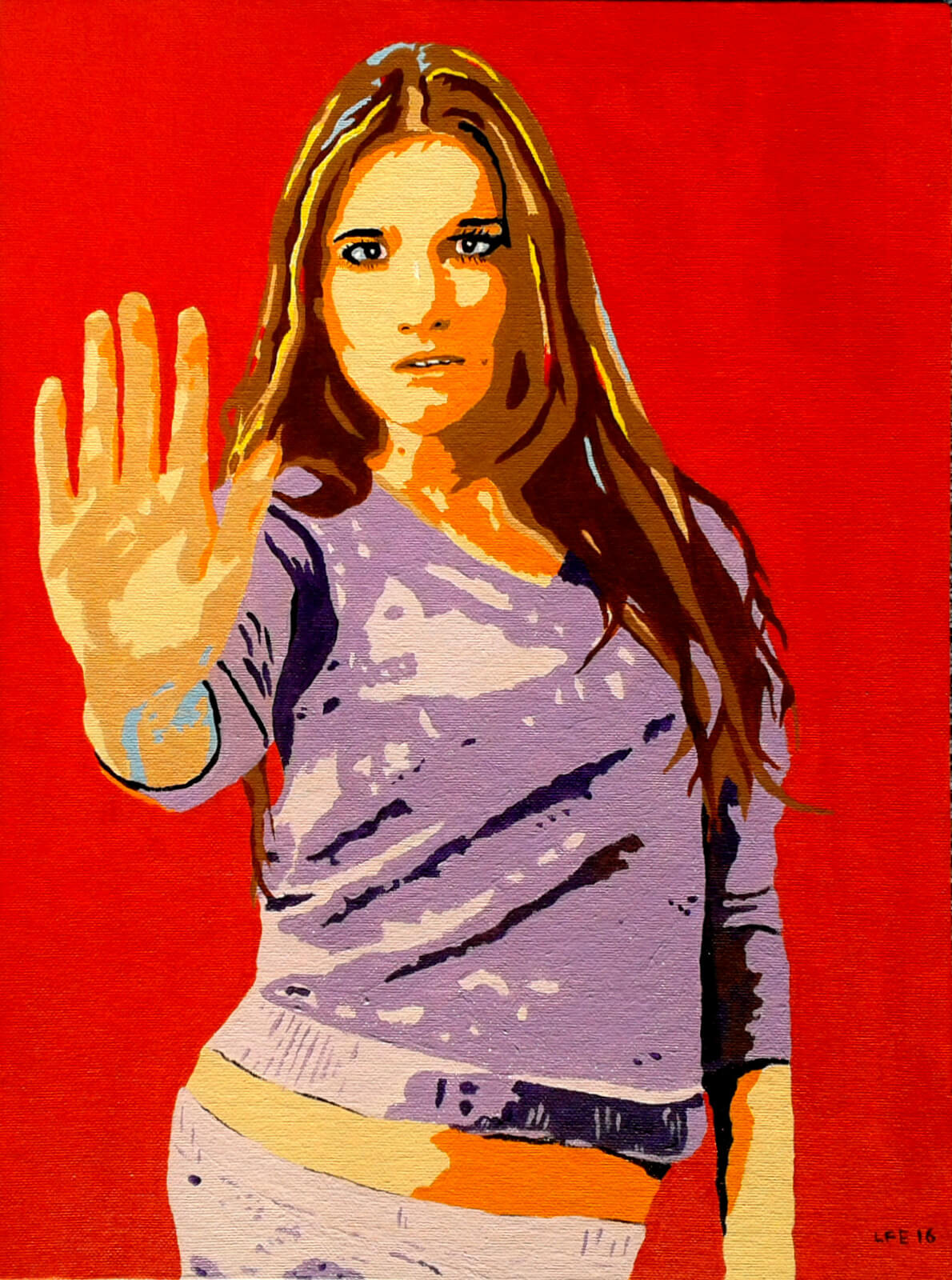 In 2016 I noticed that on Twitter there were a number of posts trending on the subject matter of “No means No”. I shared these tweets with my followers and decided to paint an image… 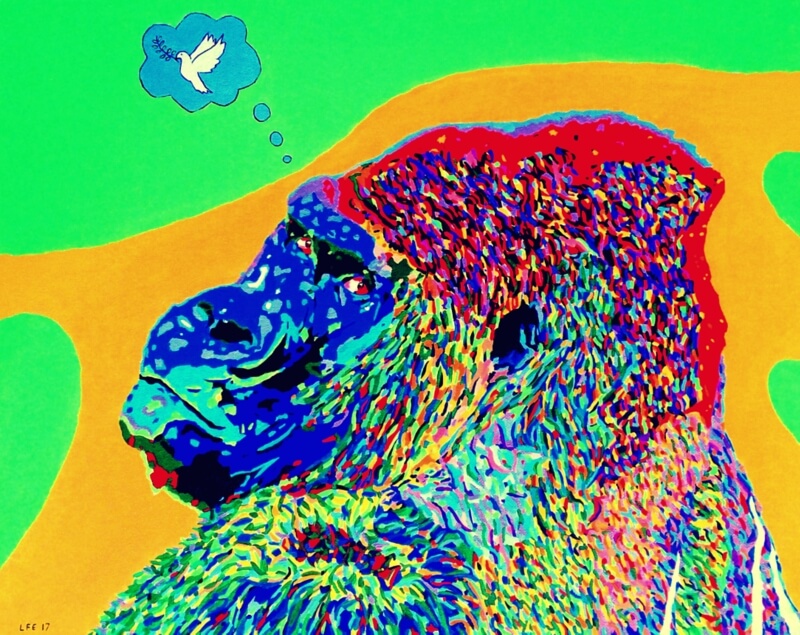 Social commentary on one of the most persecuted animals on earth. The gorilla has only peaceful thoughts, as illustrated by the image of the dove carrying a freshly plucked olive leaf in its beak.I painted… 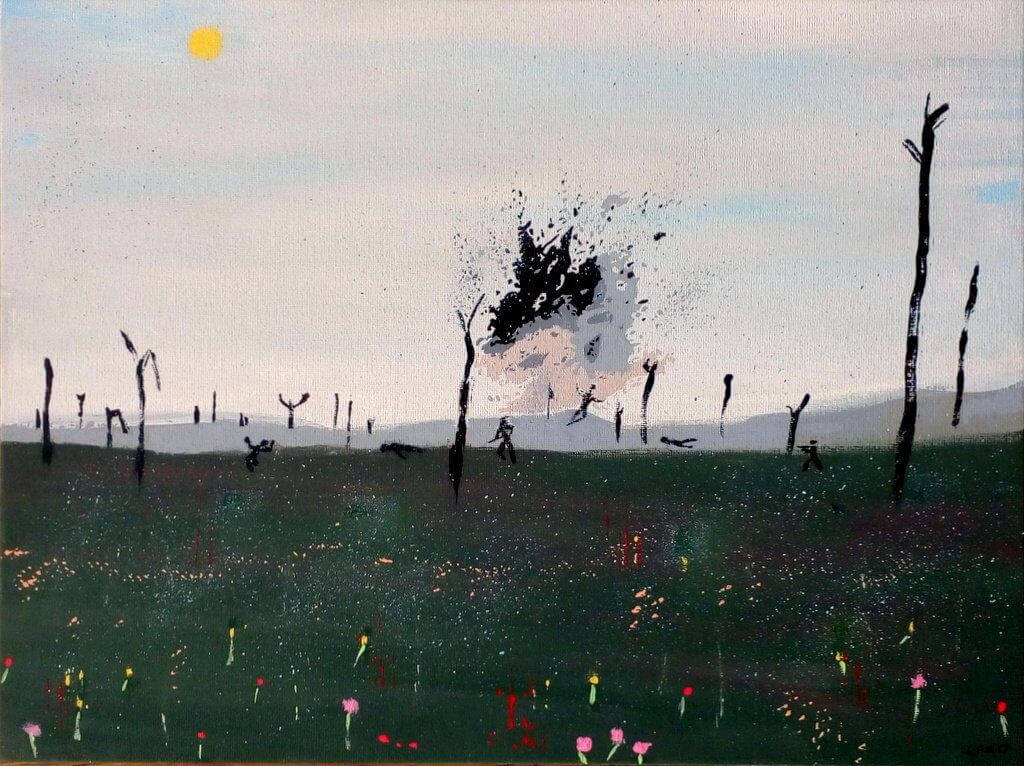 World War 1 painting of a battlefield in Northern France with poppies in the foreground. 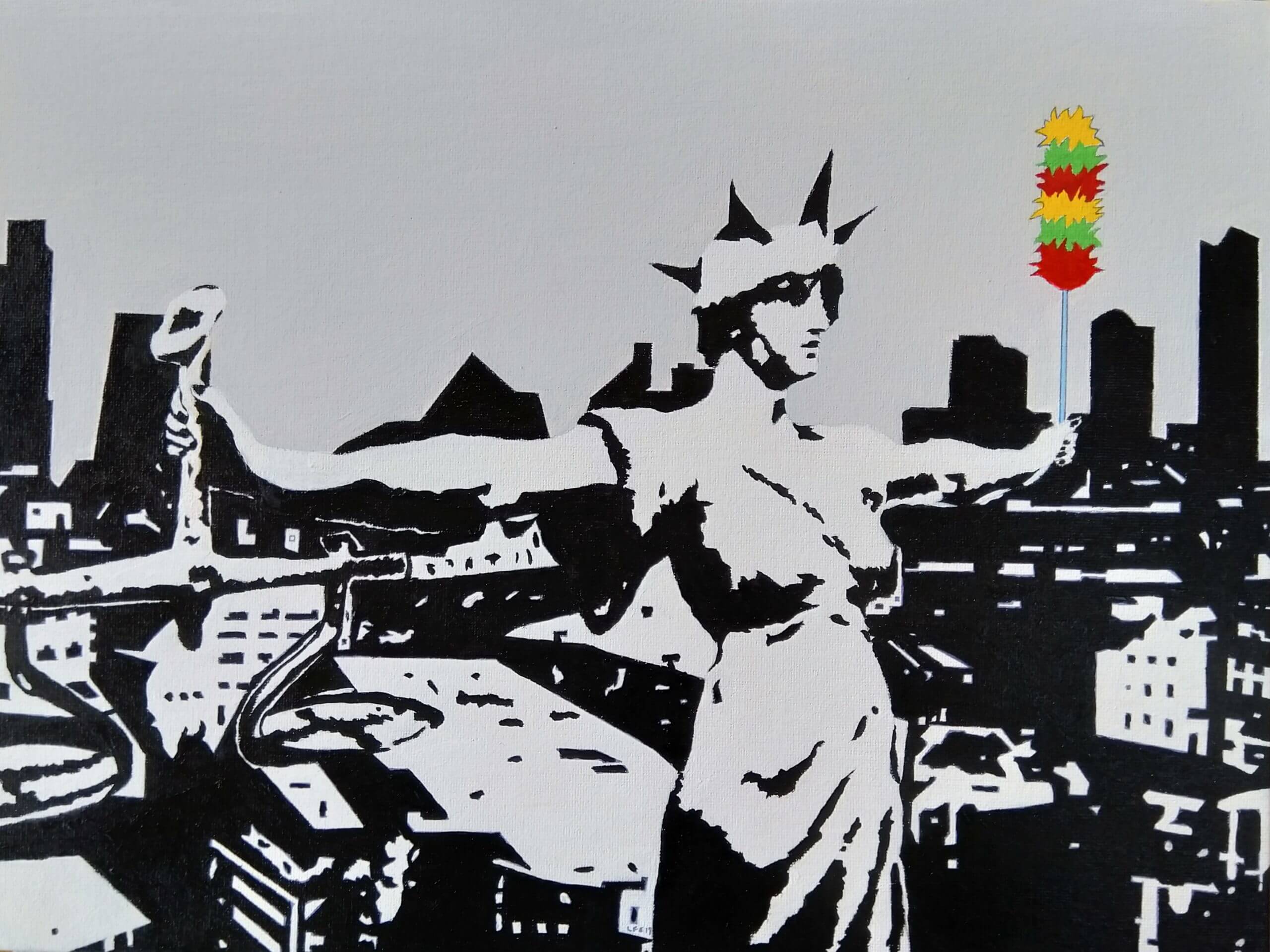 A satirical look at justice, based on the Gold Statue of Justice at the Old Bailey in London. 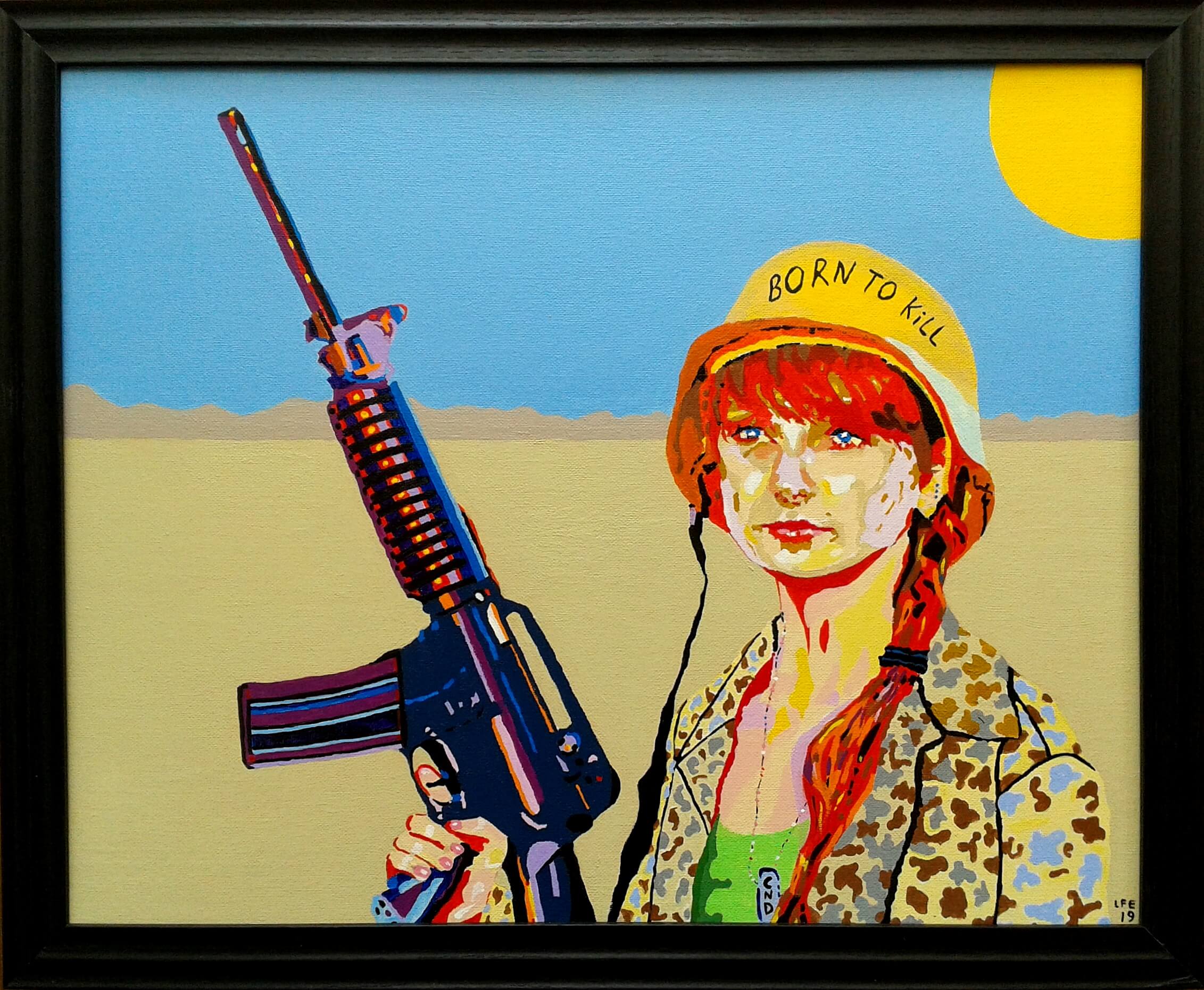 My take on Full Metal Jacket, the darkly comic and intense film by Stanley Kubrick.