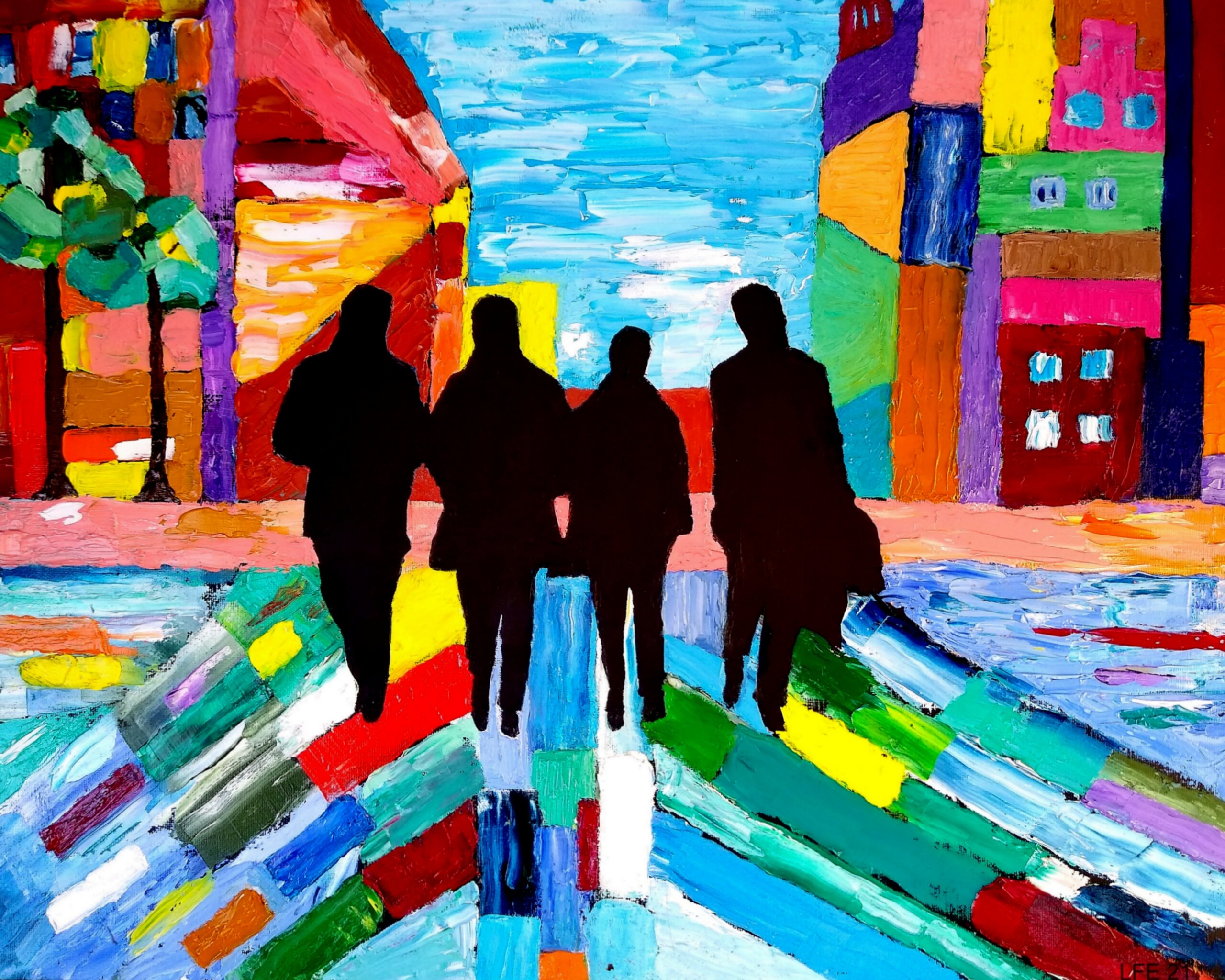 Reworking of my black and white ” Yesterday ” painting in oil featuring the Beatles in Liverpool. Very tricky medium to use, will probably revert to acrylic !

“Yesterday” was first released on the album Help in August 1965 and was produced by George Martin at the Abbey Rd studios, London. Help was the fifth studio album by the Beatles and the soundtrack to their film of their same name. It was released on 6 August 1965. Yesterday also is a 2019 musical romantic comedy film directed by Danny Boyle and screenplay by Richard Curtis starring Lily James and Himesh Patel. Even Ed Sheeran makes an appearance !