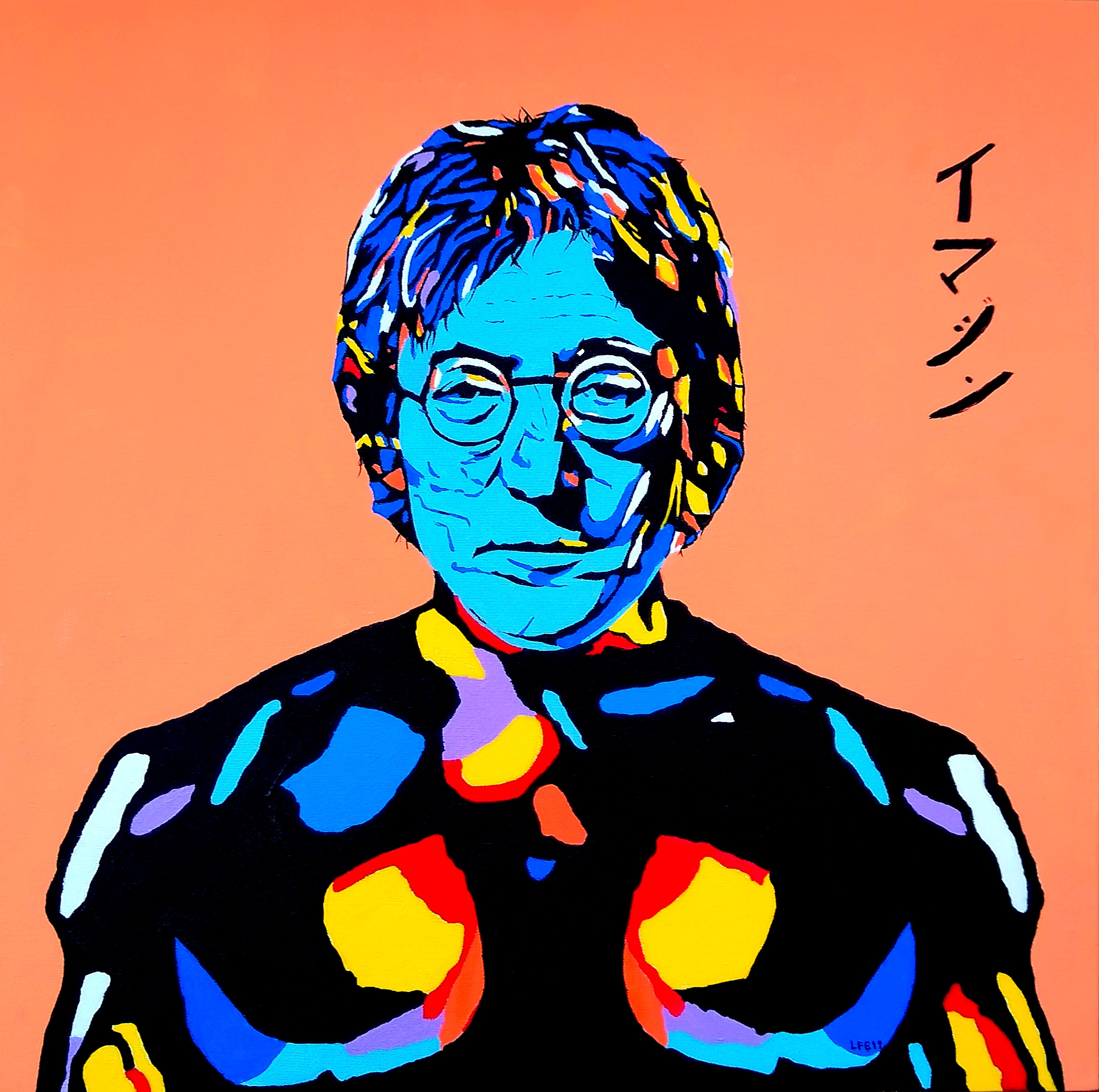 Surreal painting of John Lennon as entered into the John Moores painting prize 2020. John Winston Ono Lennon MBE was an English singer, songwriter, peace activist and founder/ co-lead vocalist of the Beatles. His songwriting partnership with Paul McCartney remains the most successful in musical history. On 8 December 1980, the former Beatle John Lennon was shot dead as he returned to his home at the Dakota apartment building in New York.

With this painting I was awarded Art Jobs ” International Artist of the Month ” for July 20 . Art Jobs is the largest ” Open Calls ” site for the arts and creative industries.