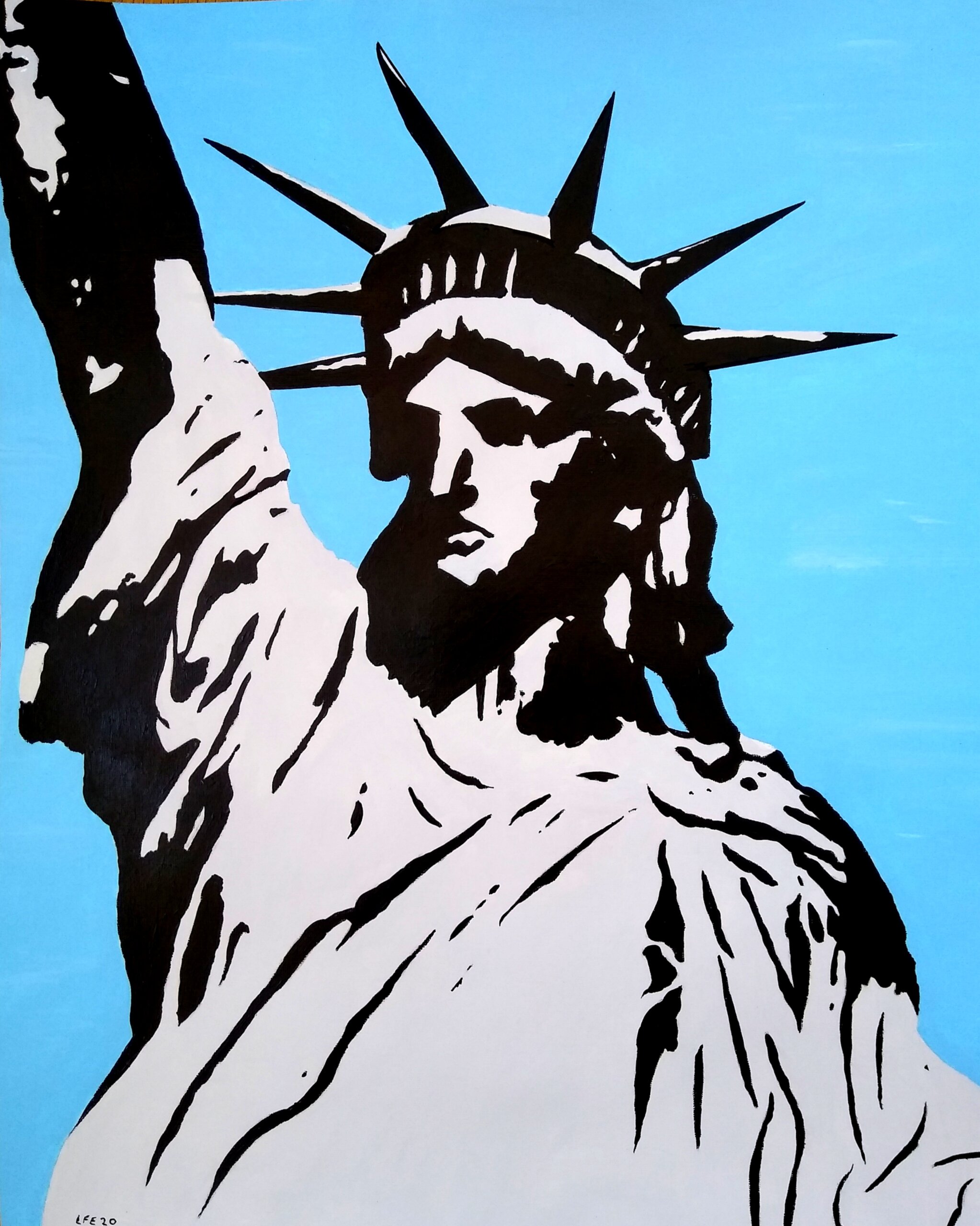 Papergirl/Brooklyn Project – New York – Donated the above artwork to be given out free to Brooklyn residents as part of an art participation experience. My painting was distributed in the Red Hook district in New York.

Red Hook is a neighbourhood in northwestern Brooklyn. It is the only part of New York City that has a fully frontal view of the Statue of Liberty, which was oriented to face France. (France gave the statue to the United States following the US centennial)