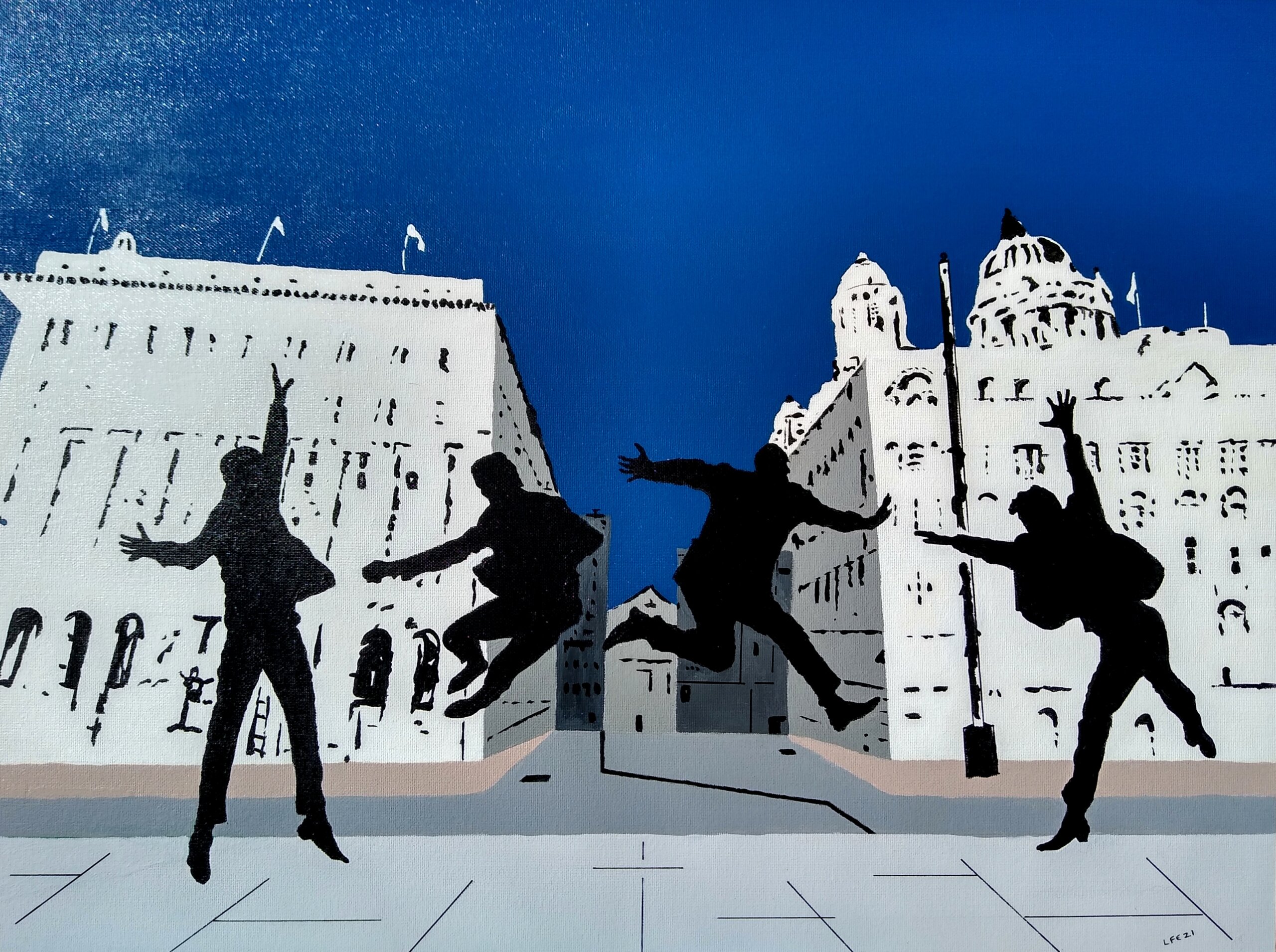 On 3 July 1961, the Beatles returned to Liverpool from Hamburg and on the 13th July had their next live engagement at St John’s Hall, Tuebrook, Liverpool !

On the 14 July in 1962, The Beatles’ first performance in Wales took place at the Regent Dansette Ballroom in Rhyl !

On 15 July 1958, Julia Lennon, the mother of John Lennon, was knocked down and killed by a car driven by an off-duty policeman.

On 16 July in 1969, the Beatles were in the middle of recording ” Here comes the Sun ” a George Harrison composition. This was released on the album Abbey Rd and has been covered many times since by various artists.

On 17th July 1968, Yellow Submarine, a British animated film based on the songs of the Beatles was released. This takes place in the fantasy world of Pepperland, a psychedelic world that faces doom at the hands of the villainous Blue Meanies.

On 18th July 1962, the Beatles performed in the Cavern Club at lunchtime and evening !

On 19 July 1964, the Beatles appeared at Blackpool’s ABC Theatre as part of the TV show Blackpool Night Out !

On 21 July 1969, the Beatles began recording ‘Come Together’ in Studio 3 at EMI Studios, Abbey Road.

On 22 July 1961, the Beatles performed at Holyoake Hall in Wavertree, Liverpool. The venue was about 200 yards from Penny Lane.

On 23 July 1967, the Beatles went sightseeing in the countryside around Athens in Greece

On 24 July 1967, a full-page advertisement appeared in The Times newspaper, signed by 64 of the most prominent members of British society, calling for the legalisation of marijuana. Among the signatories were The Beatles and Brian Epstein.

On 25 July 1961, the Beatles performed at the Cavern, with Gerry and the Pacemakers, the Bluegenes, and others.

On 26 July 1967, the Beatles, encouraged by John Lennon, were exploring possible Greek islands to buy, with the intention of living and working there alongside family and friends.

On 27 July 1962, the Beatles appeared at the New Brighton Tower Ballroom, Wallasey. The ballroom was destroyed by fire in 1969.

On 28 July 1968, the Beatles went out for a photo shoot with a couple of photographers including  Stephen Goldblatt  and Don McCullin to take a break from recording the White Album. It became known as the “Mad Day Out”. They went to several places in London, including Thompson House, Wapping Pier Head, St. Pancras, and Old Street Station. Yoko Ono was with John.

On 29 July 1965, the Beatles film “Help” had its Royal Premier at the London Pavilion Theatre in the West End of London

On 30 July 1965, the Beatles spent much of the day rehearsing at the Saville Theatre in London. The rehearsal was in preparation for The Beatles’ tour of North America, which was due to begin at Shea Stadium in New York .

On 1 August 2011, Sir Paul McCartney performed the second of two concerts at Chicago’s Wrigley Field, as part of his On The Run tour .

On 2 August 1963, the Beatles’ fourth and final show at at the Grafton Rooms, Liverpool took place.

On 3 August 1963, the Beatles made their last appearance at the Cavern Club after nearly 300 performances.

On 18 August 1962, for the first time, the Beatles were officially John, Paul, George and Ringo.

On 20 August 1969, the Beatles were recording what was to be their final album, Abbey Road. The date is also important that this was the last time the four Beatles were together in the recording studio

The Beatles staged their third and final concert tour of the United States in August 1966. The tour was plagued with backlash regarding John Lennon’s remark about the Beatles being “more popular than Jesus”

The Beatles’ concert at the Hollywood Bowl, Los Angeles, 23 August 1964 was recorded by George Martin and engineers from Capitol Records, who hoped to release it as a live album.

The Beatles first met Maharishi Mahesh Yogi on 24 August 1967, at a lecture given at the London Hilton hotel. Afterwards they had a private audience with him, and agreed to travel to Bangor in North Wales for a series of meditation seminars.

On August 25, 1966. The Beatles play two concerts at the Seattle Center Coliseum. They had previously held a press conference at the Seattle’s Edgewater Inn, where Paul McCartney was asked repeatedly about false claims that he was due to marry Jane Asher .

The day after their arrival in Bangor, North Wales, the Beatles attended an introductory seminar given by Maharishi Mahesh Yogi. On 26 August 1967, the Beatles announced at a press conference that they were giving up hallucinogenic drugs

The Beatles’ manager, Brian Epstein, was found dead at his Belgravia home in London on 27 August 1967. He discovered the Beatles when they were still performing in blue jeans and leather jackets at the Cavern Club in Liverpool and had got them their first record deal with EMI

A classical statue which featured in a performance by the Beatles is going under the hammer 28 August 2021. The 5ft Aphrodite was seen by 700m TV viewers as the group took part in the first live satellite broadcast in 1967. John Lennon had written All You Need Is Love just days before.

On 29 August 1966, the Beatles play their last concert before a paying audience, at Candlestick Park in San Francisco, California. A crowd of 25,000 were in attendance.

On 31 August 1967, four days after the death of Brian Epstein, the Beatles issued a statement about the future of his management company, NEMS Enterprises. They revealed that they would continue to be managed by NEMS for the time being.

1968-Working at Abbey Road studio’s in London on George Harrison song ‘While My Guitar Gently Weeps’ , Eric Clapton added the guitar solo. This being the first time another famous leading guitarist played on a Beatles recording.

Abbey Road is the eleventh studio album by the Beatles, released on 26 September 1969 by Apple Records. Named after the location of EMI Studios in London, the cover features the iconic image of the band walking across the zebra crossing outside